The Revitalised Typhoon Shelter Precinct (the Precinct) will be officially opened next Friday (September 9) upon completion of the revitalisation works of the Causeway Bay Typhoon Shelter waterfront at Victoria Park Road. The Precinct offers a new harbourfront shared space with distinctive features of the typhoon shelter to the general public.

Speaking at the opening ceremony of the Precinct today (September 2), the Secretary for Development, Ms Bernadette Linn, said each section of the harbourfront opened in recent years are with their own characteristics. The Revitalised Typhoon Shelter Precinct is the sixth harbourfront shared space. With two more harbourfront spaces expected to open by end of this year, the total length of promenade will be extended to about 26 kilometres.

The Precinct, which is about 10 900 square metres in size and 715m long, is adjacent to the Causeway Bay Typhoon Shelter. It is one of the promenades recommended for development under the Urban Design Study for the Wan Chai North and North Point Harbourfront Areas in 2019, and is also one of the projects under the $6.5 billion dedicated funding for harbourfront enhancement. The 18-hectare Causeway Bay Typhoon Shelter provides mooring and anchorage for pleasure boats, work boats, houseboats and other types of vessels.

Following the Water Sports and Recreation Precinct (Phase 2) in Wan Chai, the Revitalised Typhoon Shelter Precinct also adopts a fence-free stepped-down water edge design and provides 90m-long fence-free "harbour steps" to bring the public closer to the water, enabling visitors to enjoy an unobstructed view of the typhoon shelter and Victoria Harbour’s sunset. Besides, the Precinct has beautified the 150m-long promenade, which was formerly known as Ah King’s Slipway, with the preservation efforts of a large banyan tree nearby. More greenery, outdoor tables and chairs, as well as shading facilities will be provided. A food kiosk and booths will be set up near the banyan tree to sell a variety of local traditional snacks. Being a pet-friendly venue, members of the public are welcome to bring along their pets on leashes to the 24-hour-open Precinct.

To synergise with the revitalisation of the Causeway Bay Typhoon Shelter, three iconic traditional "Walla-Walla" boats will reappear in the Precinct, allowing the public to travel through the typhoon shelter and savour the unique culture within. Guided tours will be provided in the Precinct for visitors to learn more about the background and history of the typhoon shelter. Apart from visiting the Triangular Island Goddess of Tin Hau Shrine of Peace, which has been standing on the water for almost seven decades, the public can also visit the floating market, interact with boat people who live on houseboats and cast water lanterns in a specific area of the typhoon shelter. Details of the activities will be announced in due course.

The Chairman of the HC, Mr Vincent Ng, said that apart from offering a brand new harbourfront experience to the general public, the Revitalised Typhoon Shelter Precinct has focused on bringing a diversified revitalisation of the Causeway Bay Typhoon Shelter. Through the collaboration of different government departments and organisations, the traditional "Walla-Walla" boats have reappeared for public enjoyment. The Triangular Island Goddess of Tin Hau Shrine of Peace has been successfully preserved, and will officially open in the hope of preserving and sustaining the heritage and culture of the typhoon shelter. The launch of the Precinct demonstrates a blend of old and new in the typhoon shelter, bringing various possibilities to the site.

To ensure visitors’ safety when using the "harbour steps", facilities such as buoys and lifebuoys have been put in place along the steps, with safety notices posted at various locations. In addition to site security guards, the Precinct also has dedicated security guards providing 24-hour patrols for the "harbour steps", as well as lifeguard services. An electronic information panel has also been installed at the site to provide visitors with real-time information on the venue and weather. The "harbour steps" will be temporarily closed under adverse weather conditions.

Meanwhile, the Development Bureau has commissioned the City University of Hong Kong to conduct a study on the effectiveness and feasibility of enhancing the biodiversity of the Causeway Bay Typhoon Shelter by incorporating imported and locally designed eco-shoreline components into the seawall.

From today, the Precinct will showcase large-scale traditional flower board crafts and decorations, together with pop-up installations for the Mid-Autumn Festival along the Precinct for visitors to "check in" to enjoy the festive celebration. 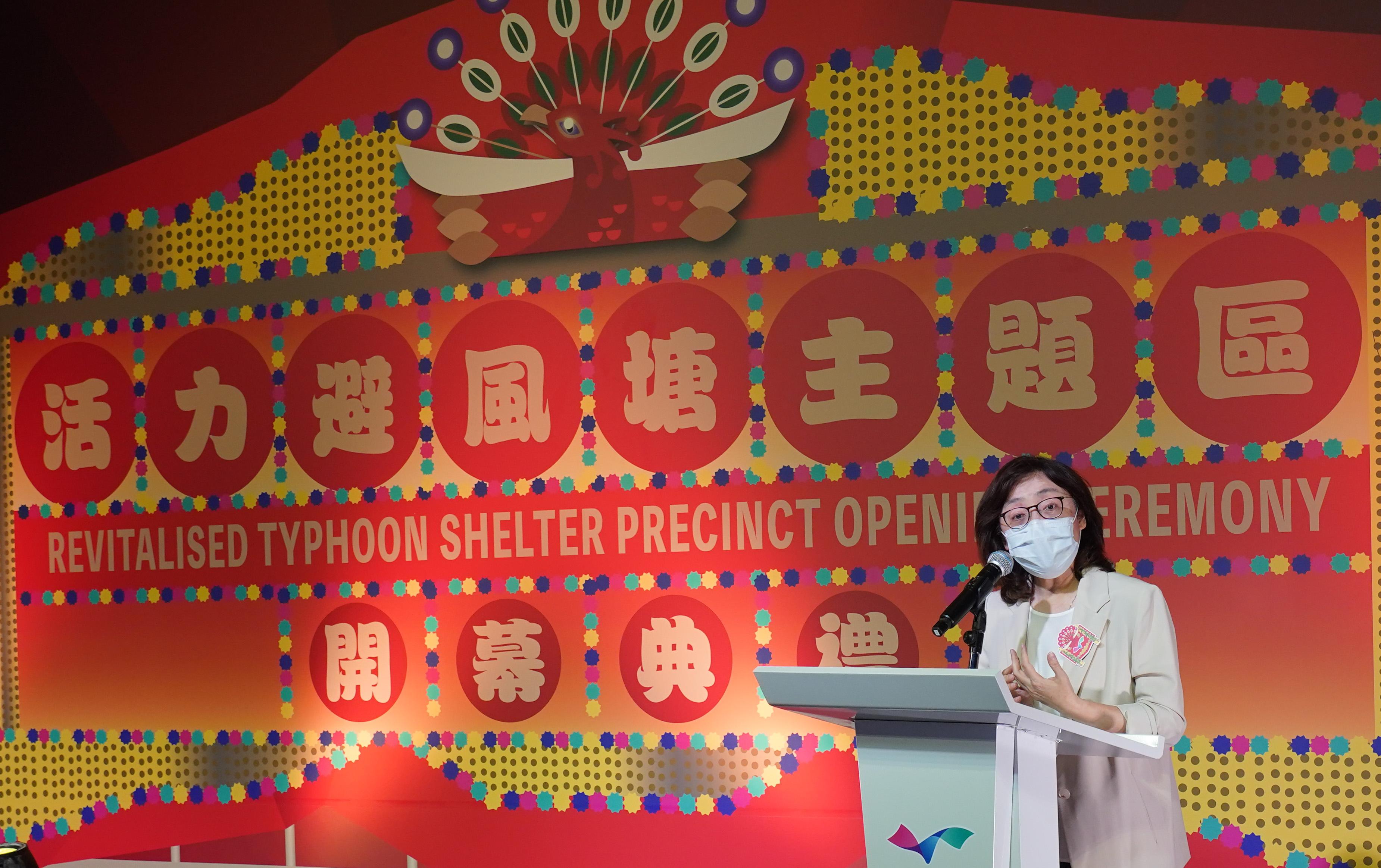 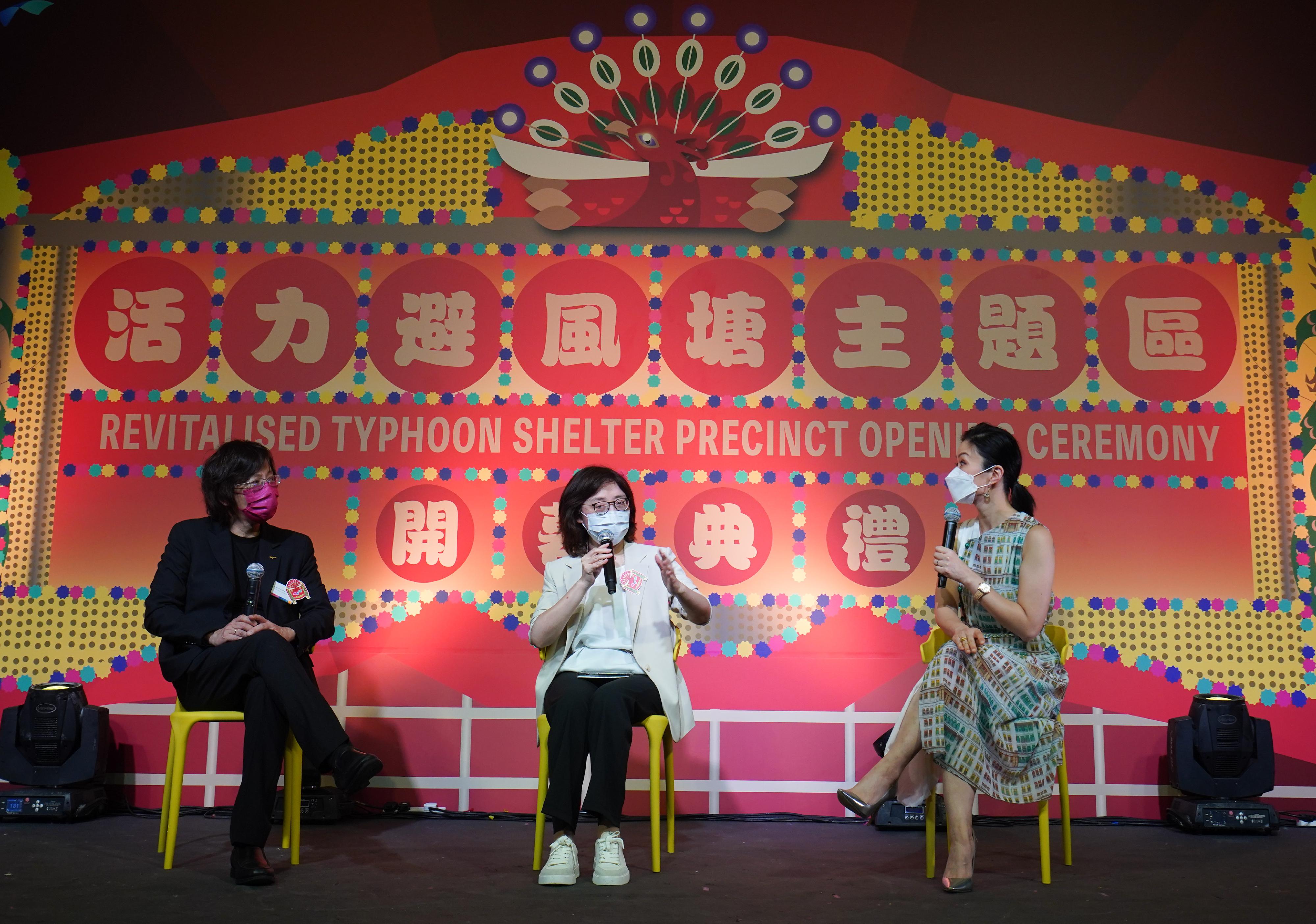 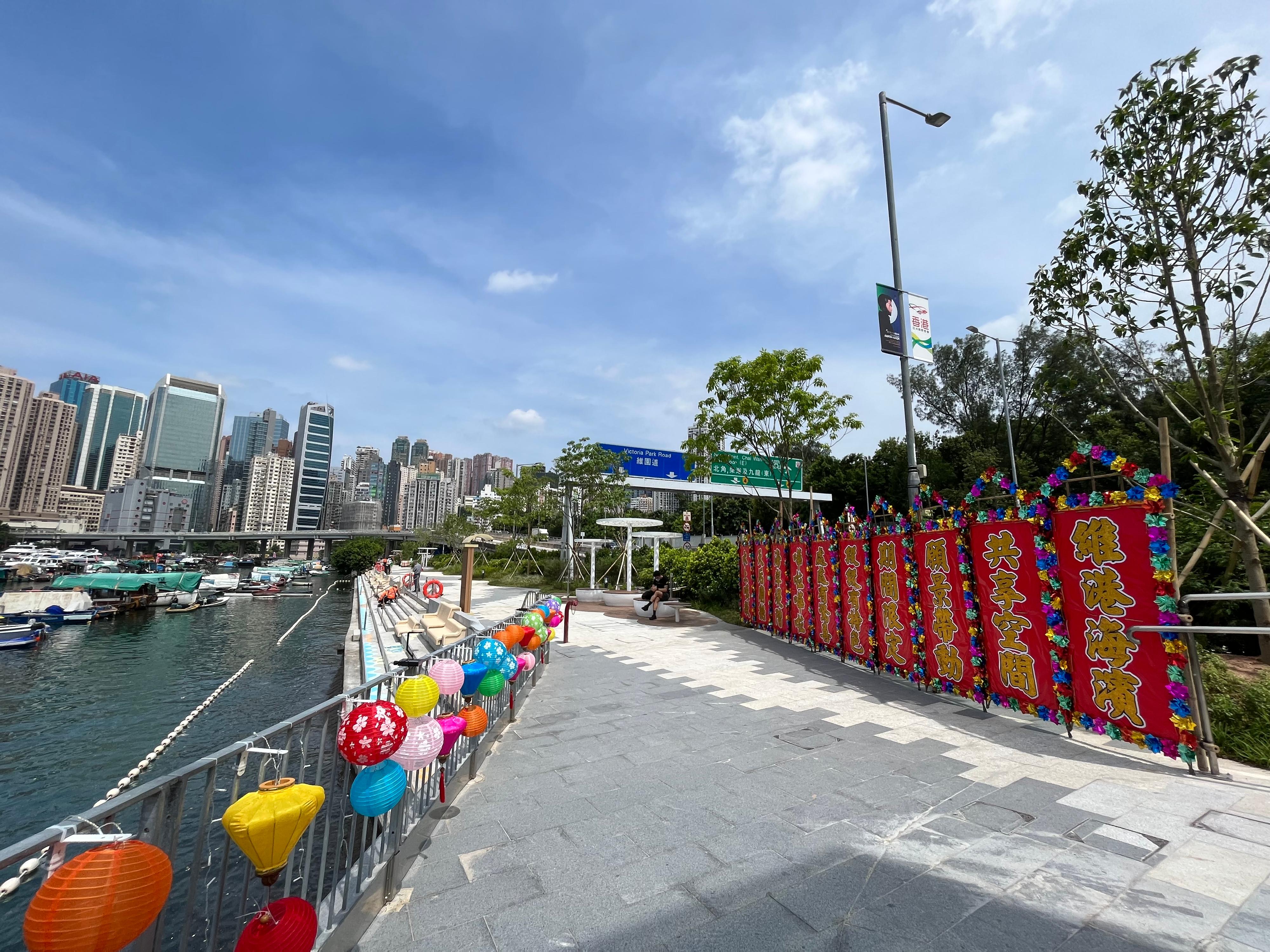 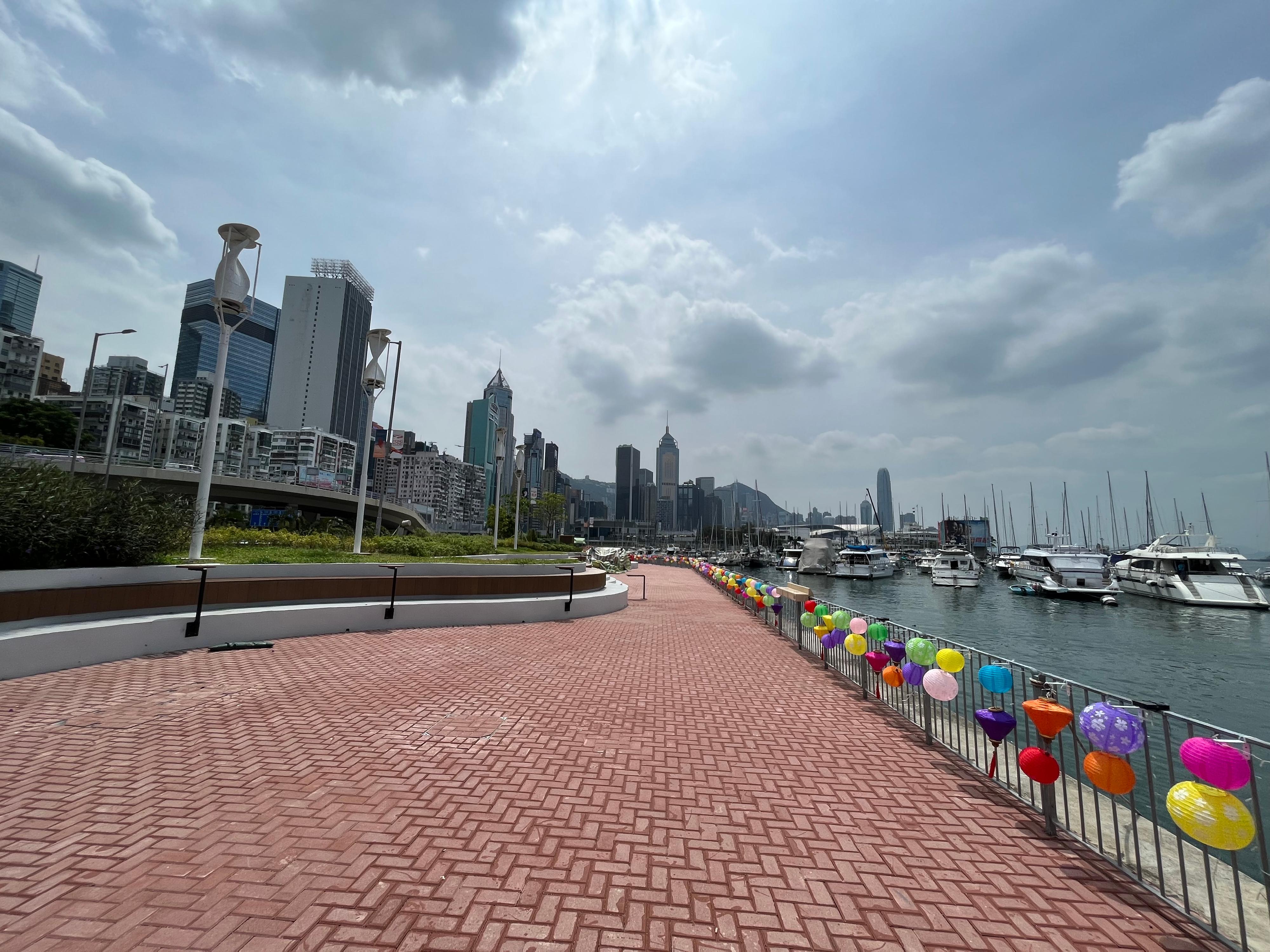 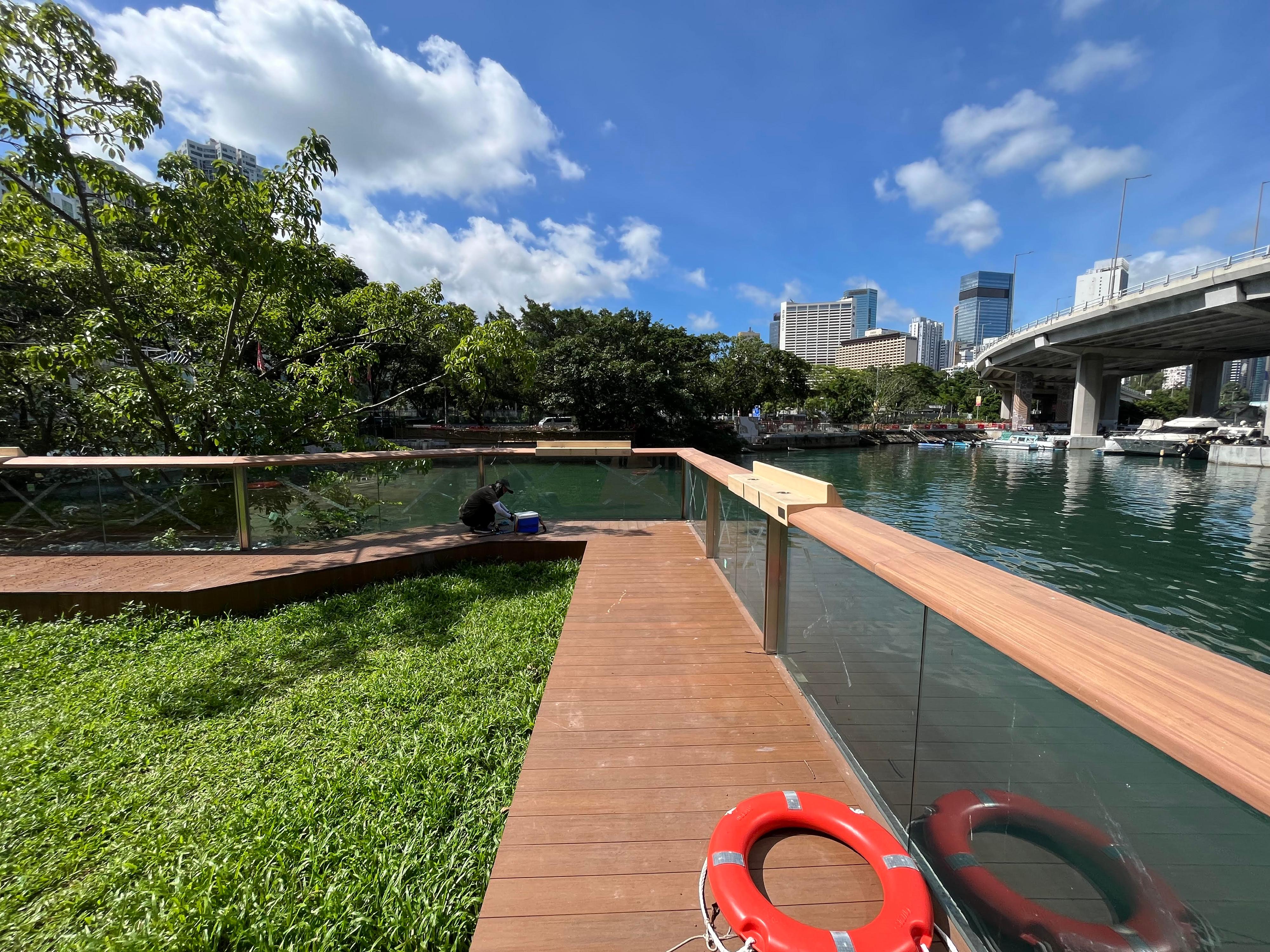 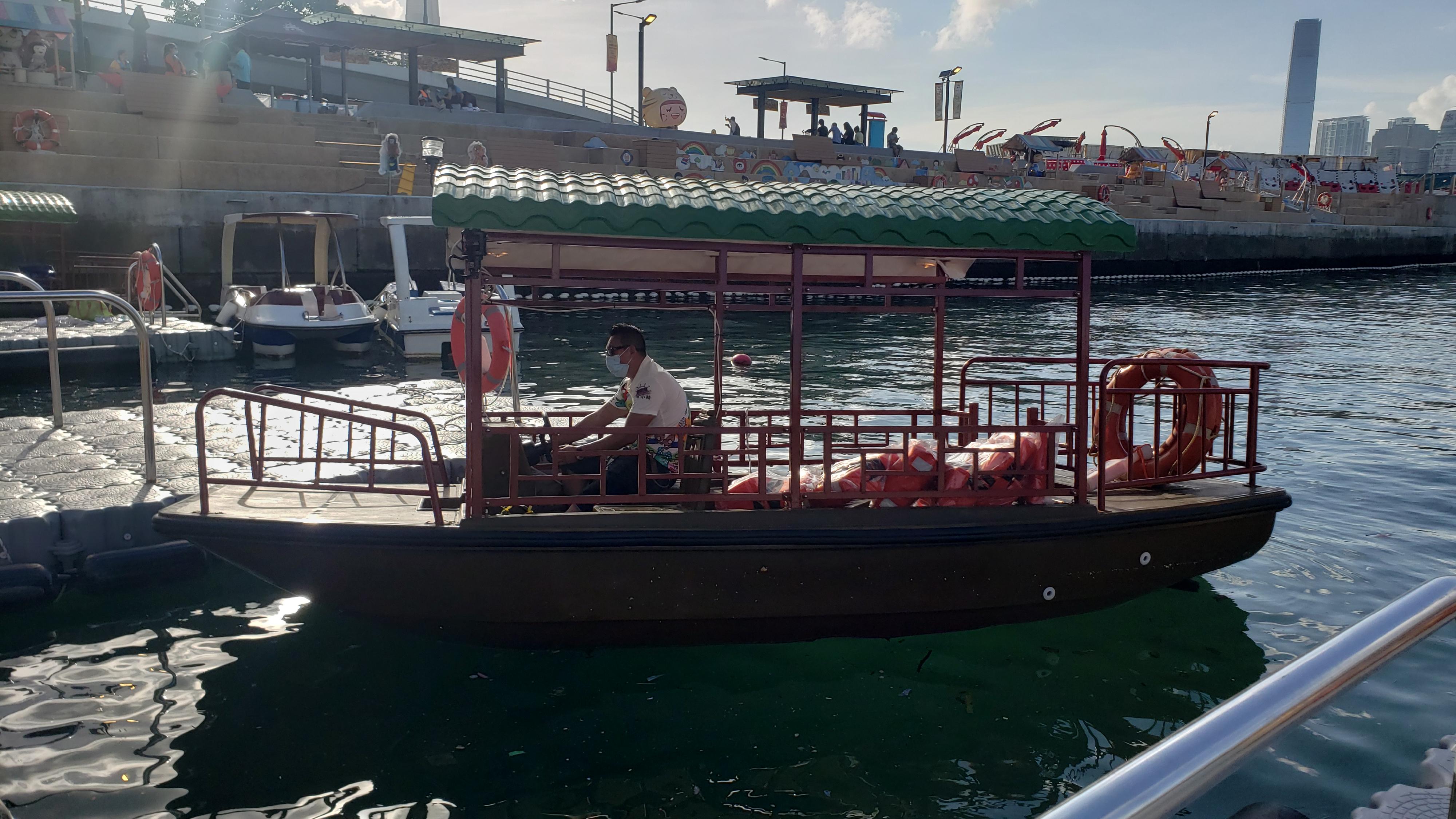 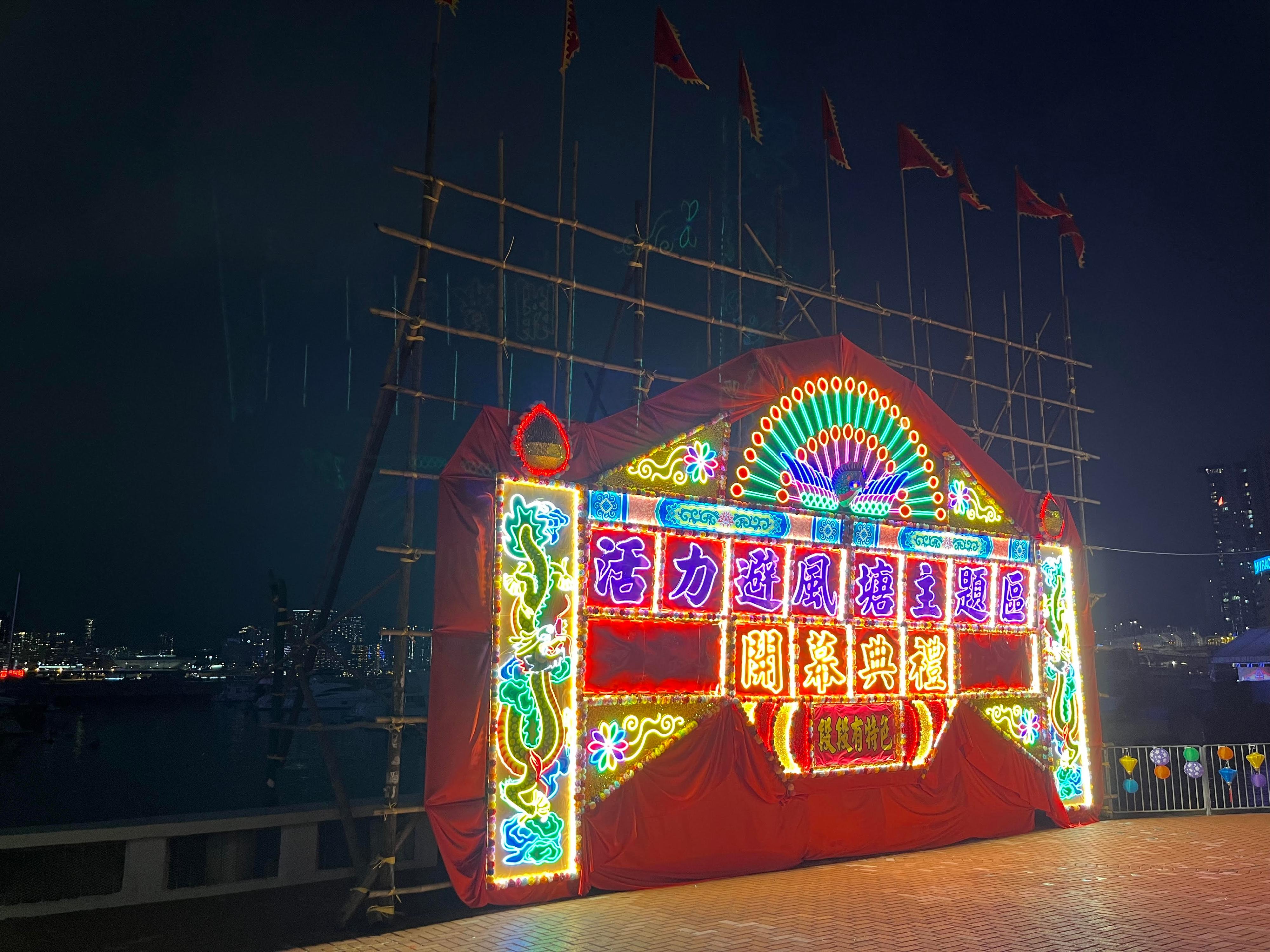 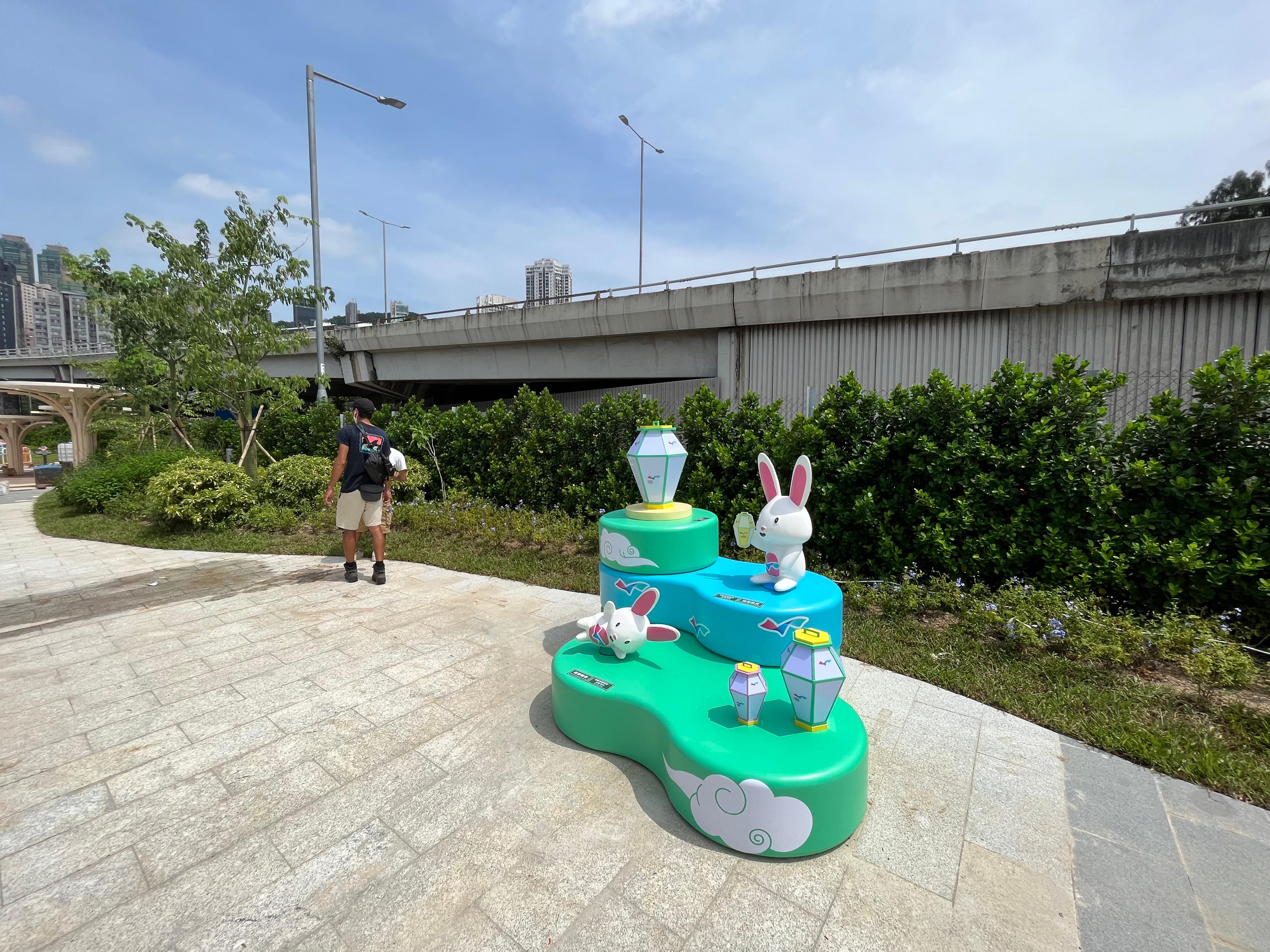