The Chief Executive, Mrs Carrie Lam, today (June 16) officiated at the launching ceremony of "Summer·Harbour", a harbourfront event to celebrate the 25th anniversary of the establishment of the Hong Kong Special Administrative Region (HKSAR). The ceremony also unveiled the new pop-up summer precincts launched by the Development Bureau (DEVB) and the Harbourfront Commission at six harbourfront sites.

During the ceremony, a special harbourfront lighting installation designed for the 25th anniversary was also unveiled, and the 25th anniversary theme song "Heading Forward" was performed in a new A Cappella style. The event is under the exclusive sponsorship of the Hong Kong Jockey Club (HKJC), and is one of the many initiatives supported by HKJC's approved donation of $630 million to the HKSAR Government to mark the 25th anniversary of the establishment of the HKSAR.

Mrs Lam, together with the Secretary for Development, Mr Michael Wong; the Chairman of the Harbourfront Commission, Mr Vincent Ng; and the Chairman of the Hong Kong Jockey Club, Mr Philip Chen, officiated at the launching ceremony at the HarbourChill in Wan Chai, which is adjacent to the Exhibition Centre MTR Station; and exchanged with the local artists participating in making the "Summer·Harbour" precincts as well as members of the public.

In delivering her speech, Mrs Lam said that Victoria Harbour is a symbol of Hong Kong and also our most precious natural asset. She was very pleased to see the changes on both sides of the Harbour over the past few years. At the same time, she was very happy to see the citizens enjoying themselves freely along the harbourfront.

Themed as "Summer·Harbour", the current campaign continues to support local creativity in harbourfront development. Several local artists who created Chocolate Rain, DinDong, Café de bollo and Messy Desk have been invited to participate in the campaign, transforming six harbourfront sites into summer precincts with their own unique characteristics. The six harbourfront sites are the HarbourChill in Wan Chai with the theme of midsummer hot air balloons; the Connector along the Tamar Promenade which is filled with beach elements; the Water Sports and Recreation Precinct in Wan Chai which has been transformed into a sunny western town; the Belcher Bay Promenade in Kennedy Town with the theme of "Dancing in the Jungle"; the East Coast Park Precinct in Fortress Hill which celebrates a fireworks carnival; and the Tsuen Wan Promenade which has been dressed into an onshore water fantasy. Among them, there are also unprecedented cross-over creations among Chocolate Rain, Café de bollo and Messy Desk. At the HarbourChill, which is the venue of today's launching ceremony, various colourful animal installations were also made from recycling used oil barrels and soda bottles.

In addition to hardware installations, harbourfront projects also place great importance on offering interesting visitor experiences through different pop-up events. Further to the Harbour FUN pedal boats, the Government and the Harbourfront Commission will soon launch the "Kids' Driving Tour along the Harbour". Officiating guests at the event conducted a ribbon cutting ceremony for the various styles of children play vehicles. These play facilities will be open to public booking for playing at the former temporary bus terminus next to the Wan Chai Ferry Pier from July 3 onwards, allowing children to experience the joy of "driving" along the Victoria Harbour. This arrangement also aims to better utilise the original site where the former bus terminus was located and open it up as soon as possible upon its relocation in May. The event will be held on a trial basis for three months, and further arrangements will be made taking into account the responses received. Car racing activities will also be offered for adults in due course.

A kick-off ceremony was also held for Hong Kong's first "harbourfront marathon by model bus". The simulated remote-controlled model bus, in a scale of 1:14, will carry out such a marathon on June 25, starting from the East Coast Park Precinct in Fortress Hill and continue along the longest connected promenades along the Victoria Harbour. Finishing at the Western Wholesale Food Market, the entire bus marathon will be about 7.4 km long. To spread the joy among the general public, the Harbourfront Commission will also make arrangement for the public to book and play with these remote-controlled model buses at various harbourfront locations from mid-July. One of such sites will be the former temporary bus terminus next to the Wan Chai Ferry Pier, so as to revitalise the site through "Little Buses @ Big Bus Terminus". A Dennis Dragon double-deck bus model (commonly known as the "Hotdog Bus") which retired from service in 2012, also joined the ceremony to heighten the fun for the occasion.

Another vision of the Government and the Harbourfront Commission is to provide the general public with more opportunities for water sports by making good use of harbour resources. In this regard, a series of water activities to be held on the Victoria Harbour were also announced at the launching ceremony, including the "Festival of Sport - Rowing Challenge Day" organised by the Sports Federation and Olympic Committee of Hong Kong, China; the "Hong Kong Rowing Coastal Championships 2022", "Kellett Island Cup Dragon Boat Races", the "HKSAR 25th Anniversary Dragon Boat in City" and the "Hong Kong Harbour Paddle Race 2022" to be held at the Water Sports and Recreation Precinct; as well as the "Row on Board" experience at Kwun Tong Promenade, etc.

The Harbourfront Commission attaches great importance to co-operating with different organisations. One of such important partners, Playright Children’s Play Association, demonstrated the transformation of its PlayMobile S3 at the launching ceremony. With the appearance of an ordinary truck, the play truck has been carefully remodeled and is equipped with a variety of game components, such as wooden climbing platforms, rope nets and rock climbing boards. Once transformed, it turns immediately into a fun play space. PlayMobile S3 has served visitors at the Water Sports and Recreation Precinct, the Belcher Bay Promenade and the HarbourChill at the end of last year and in May this year respectively; and will appear at the Tsuen Wan harbourfront at the end of this year to offer more fun to the general public. 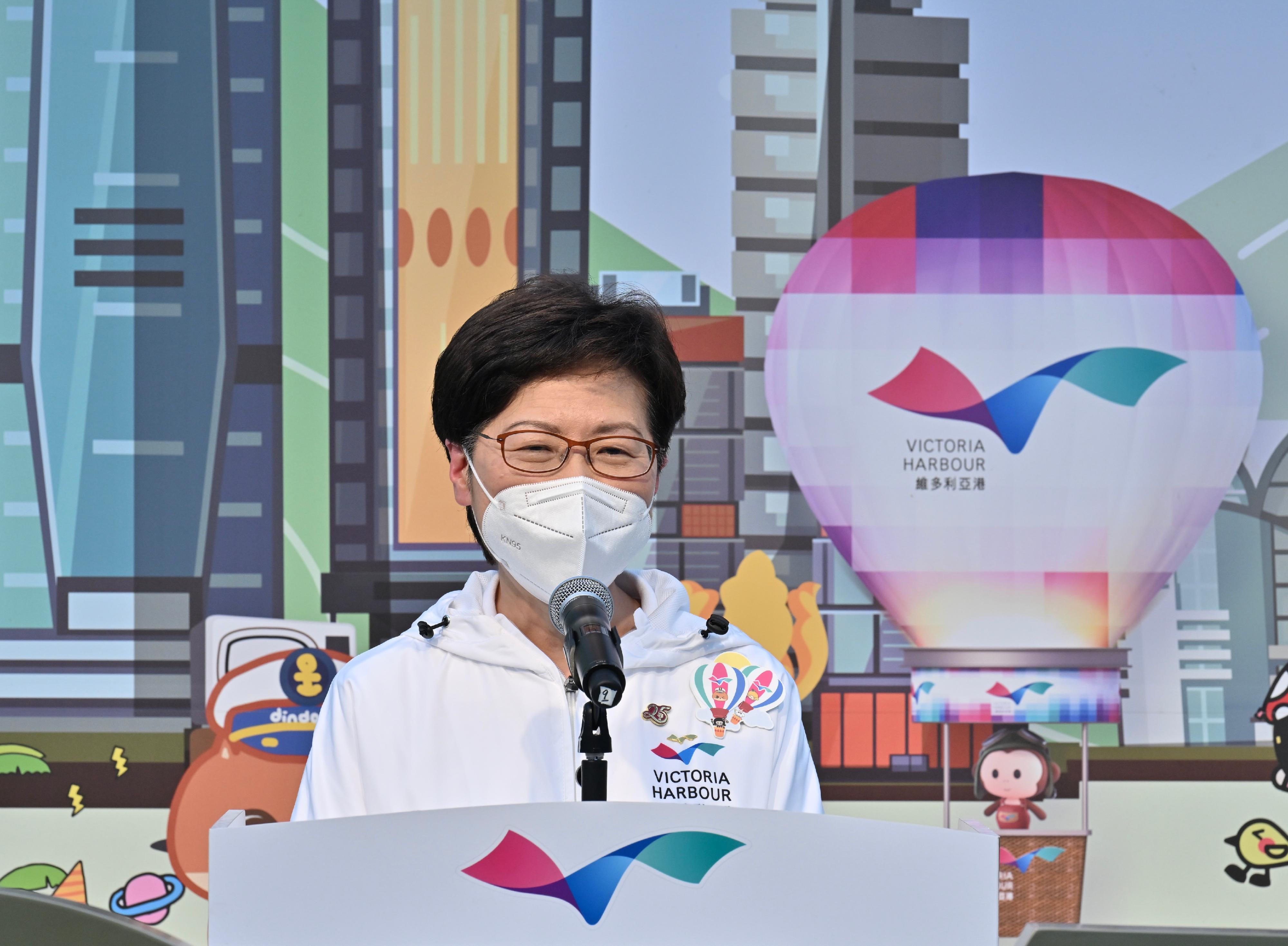 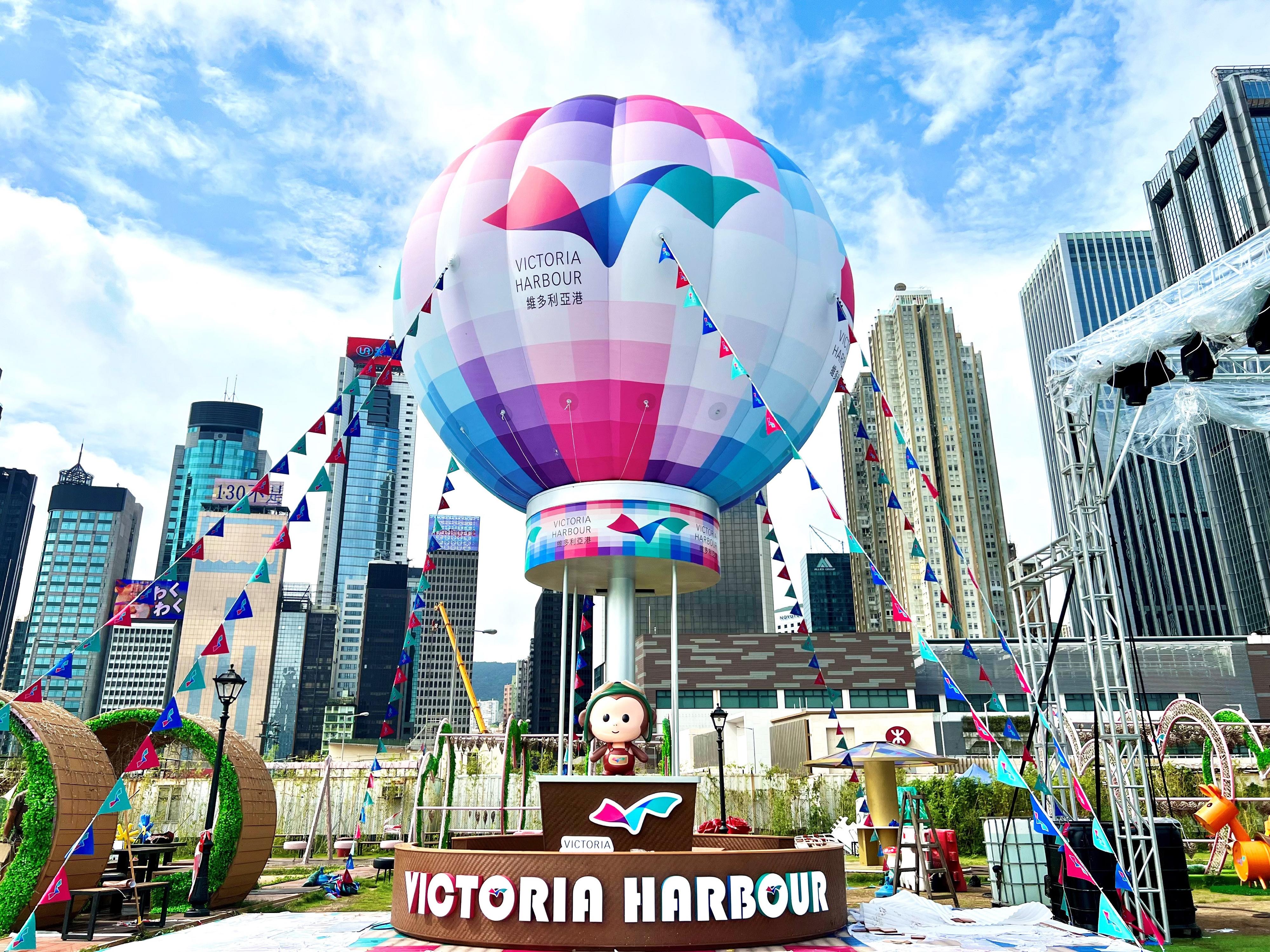 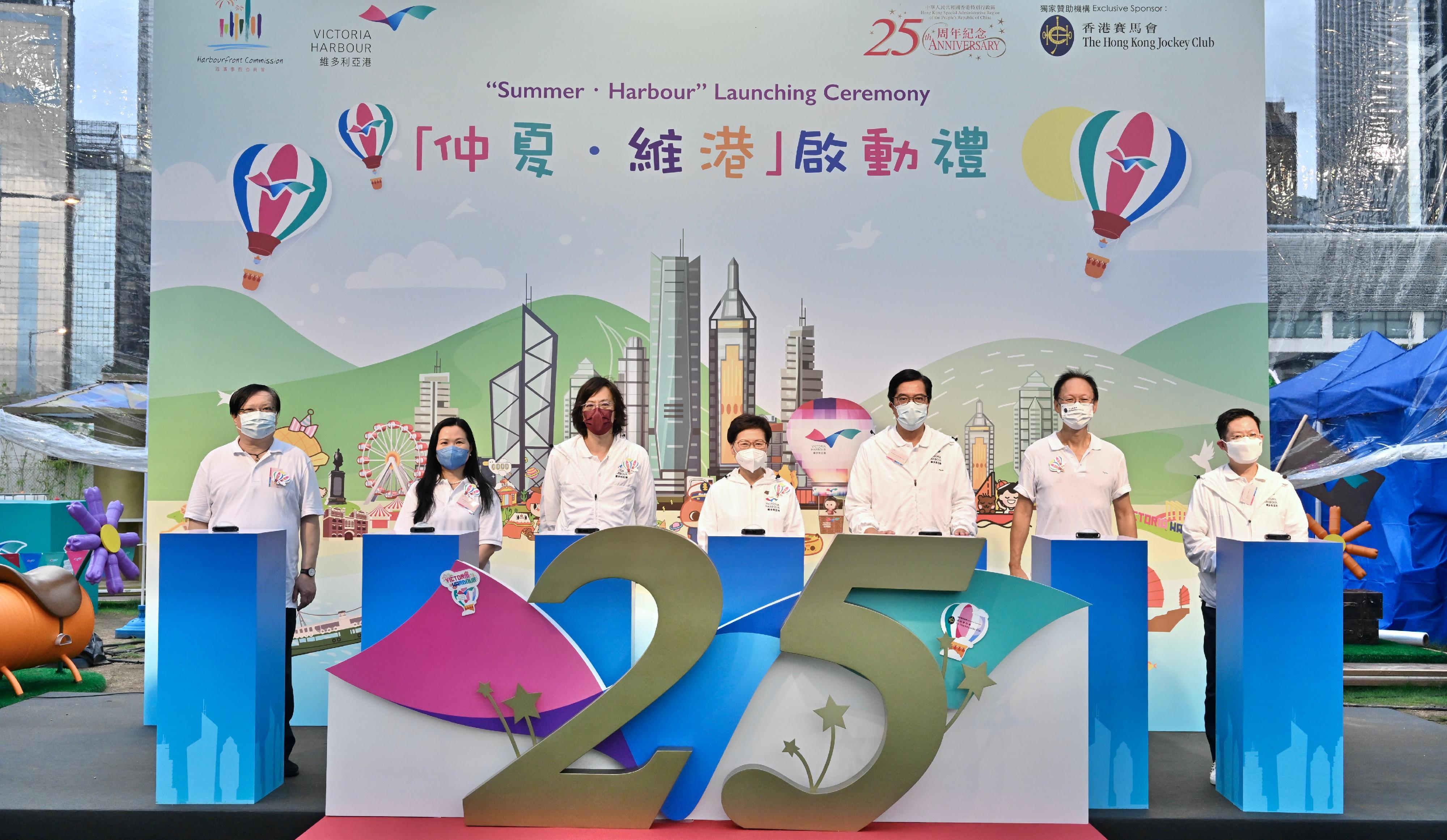 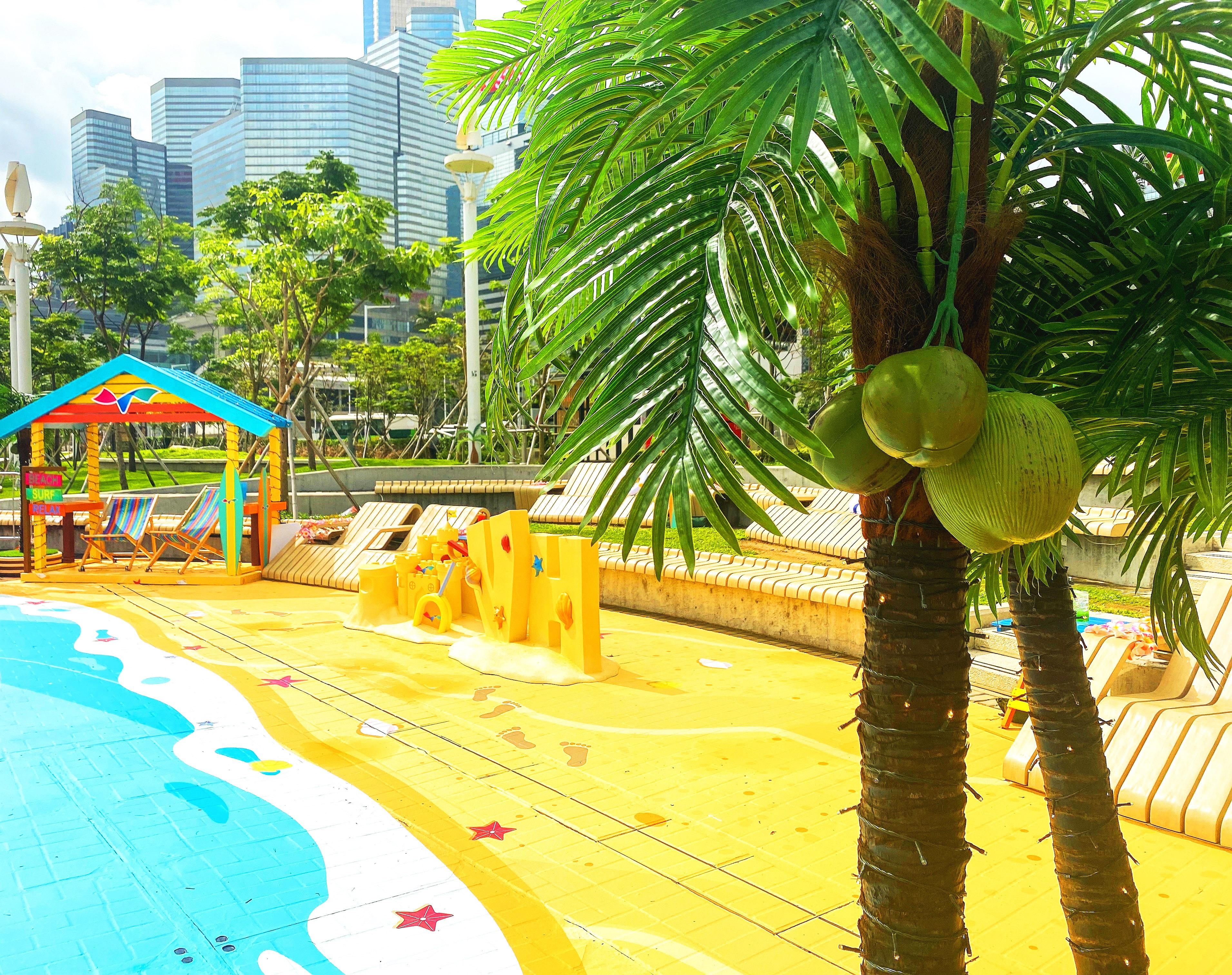 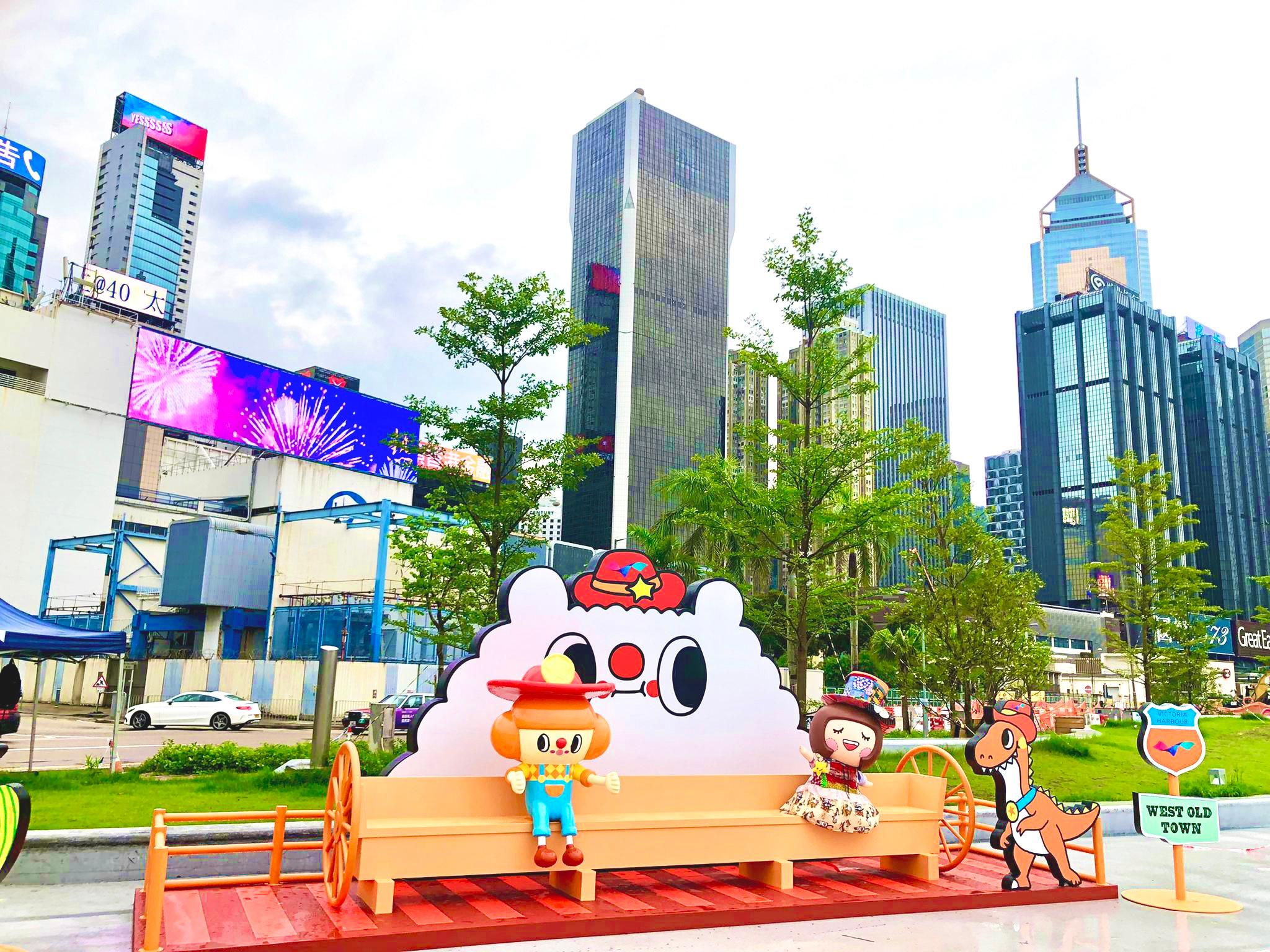 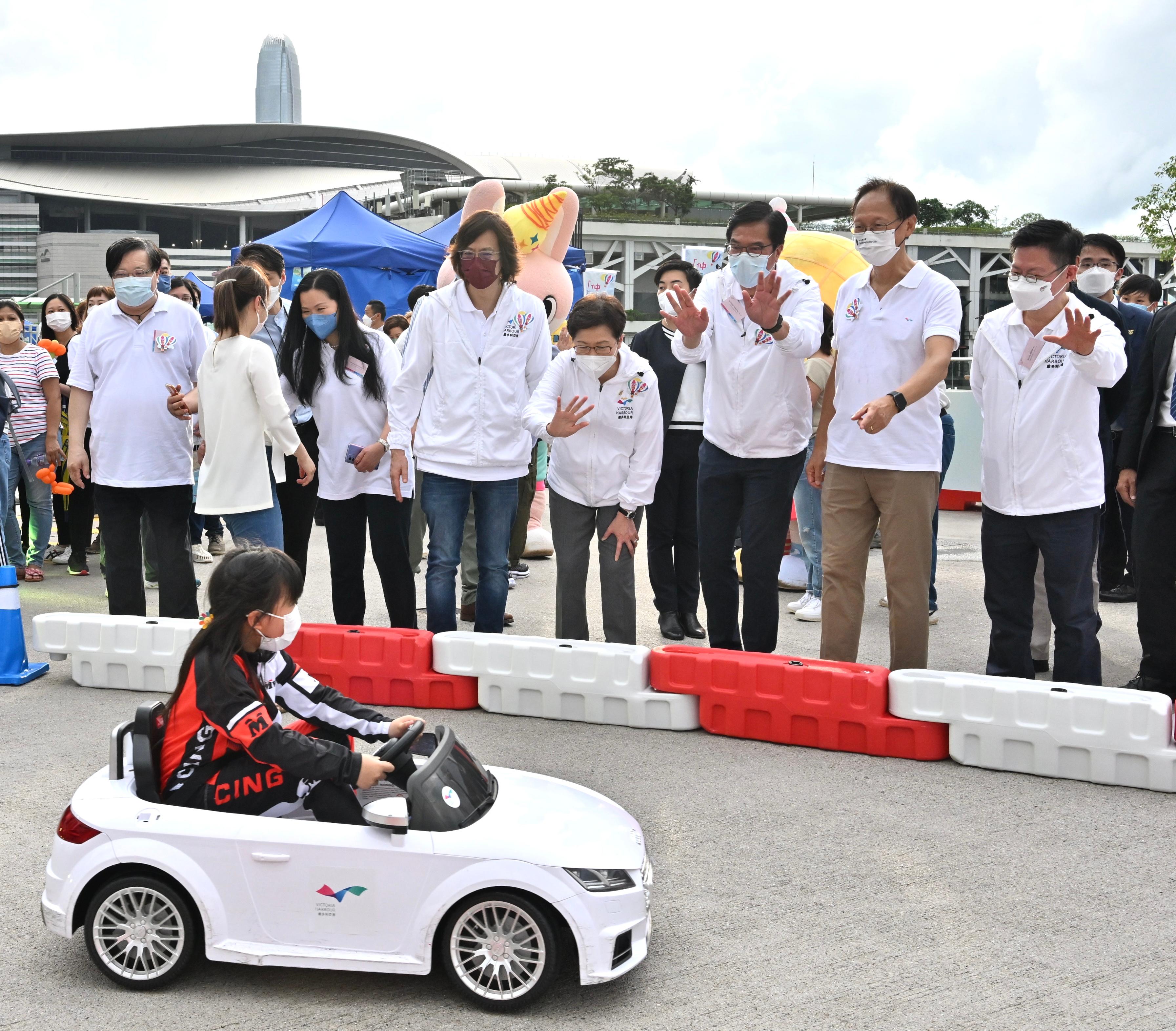 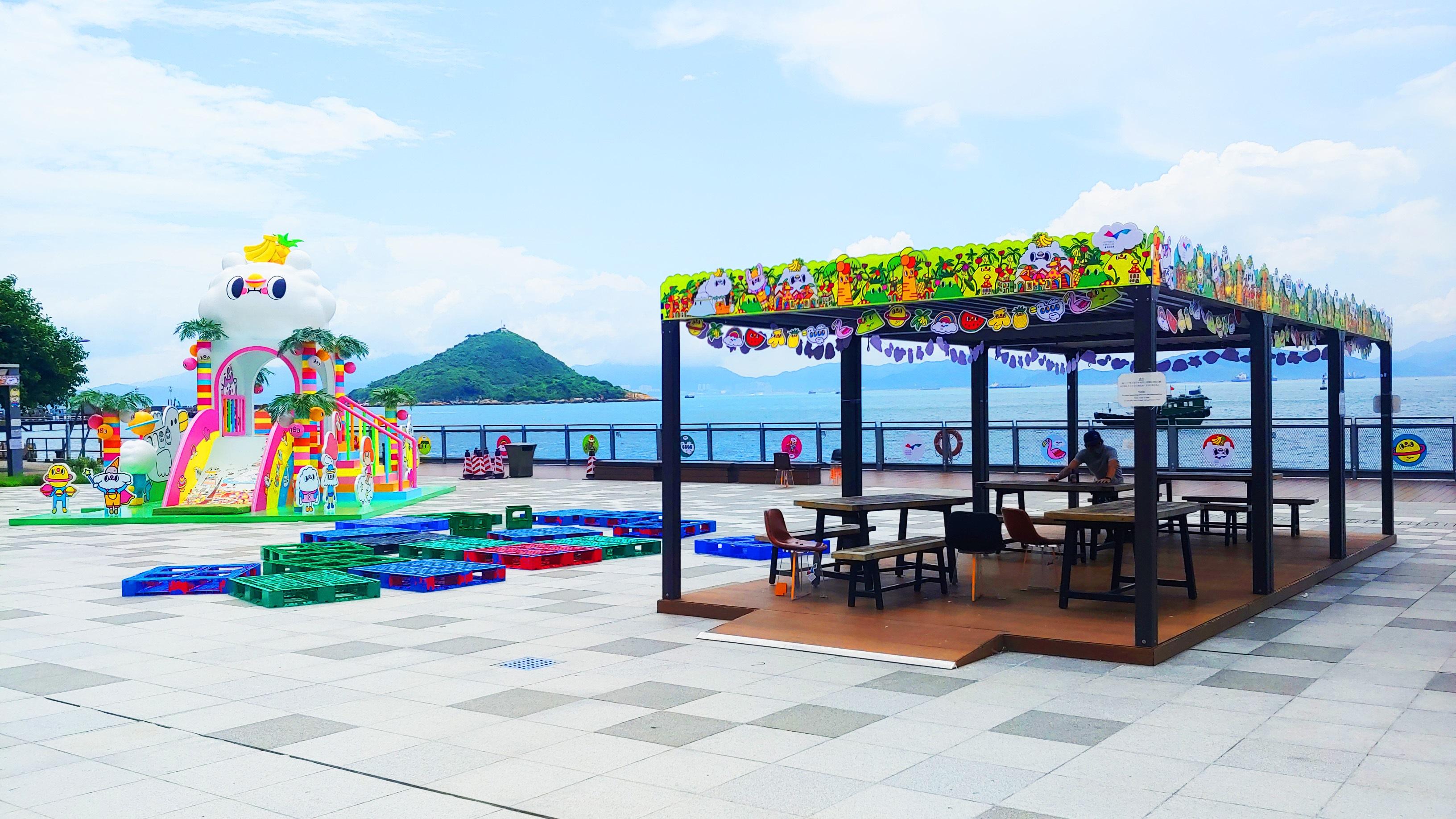 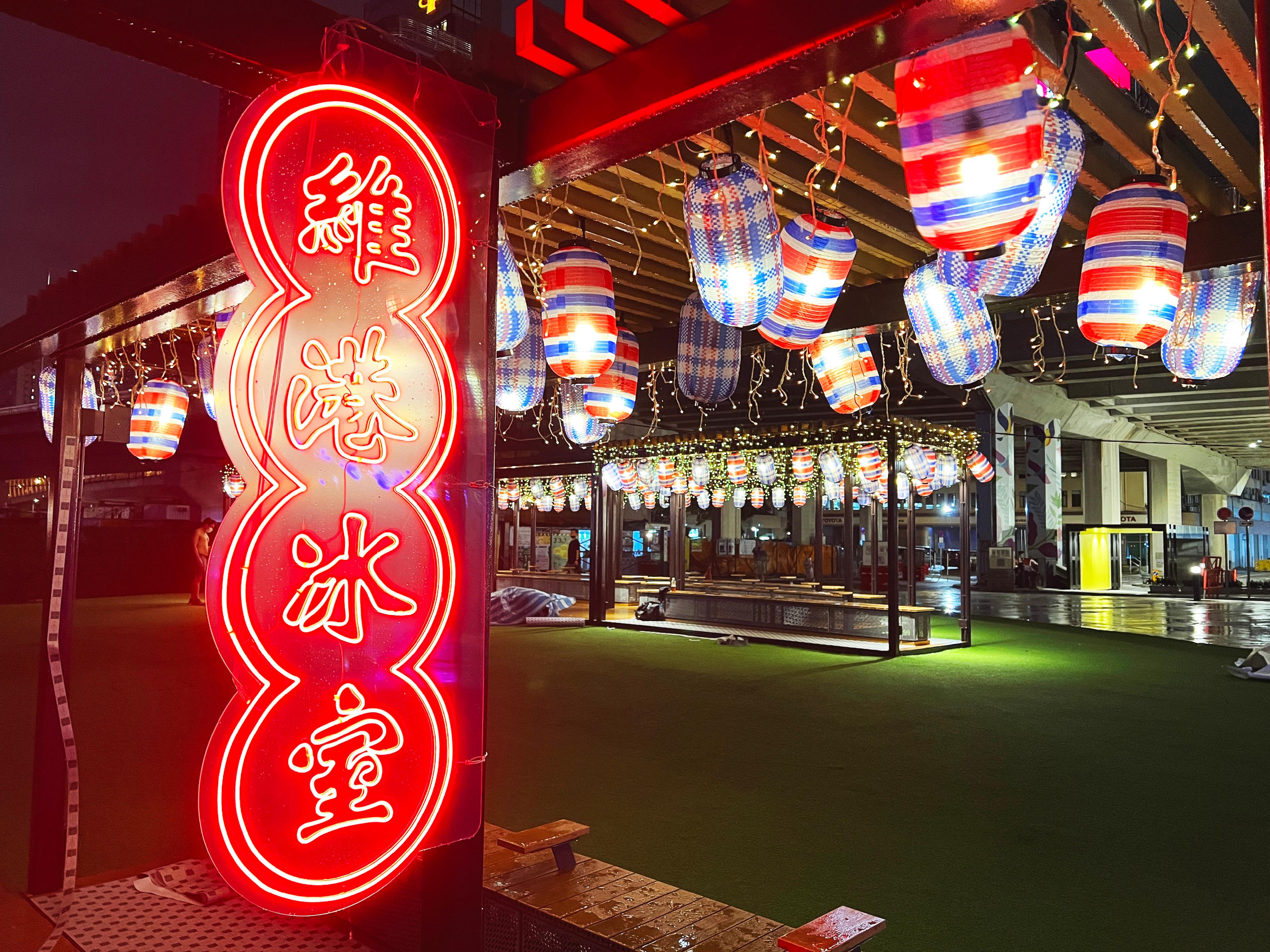 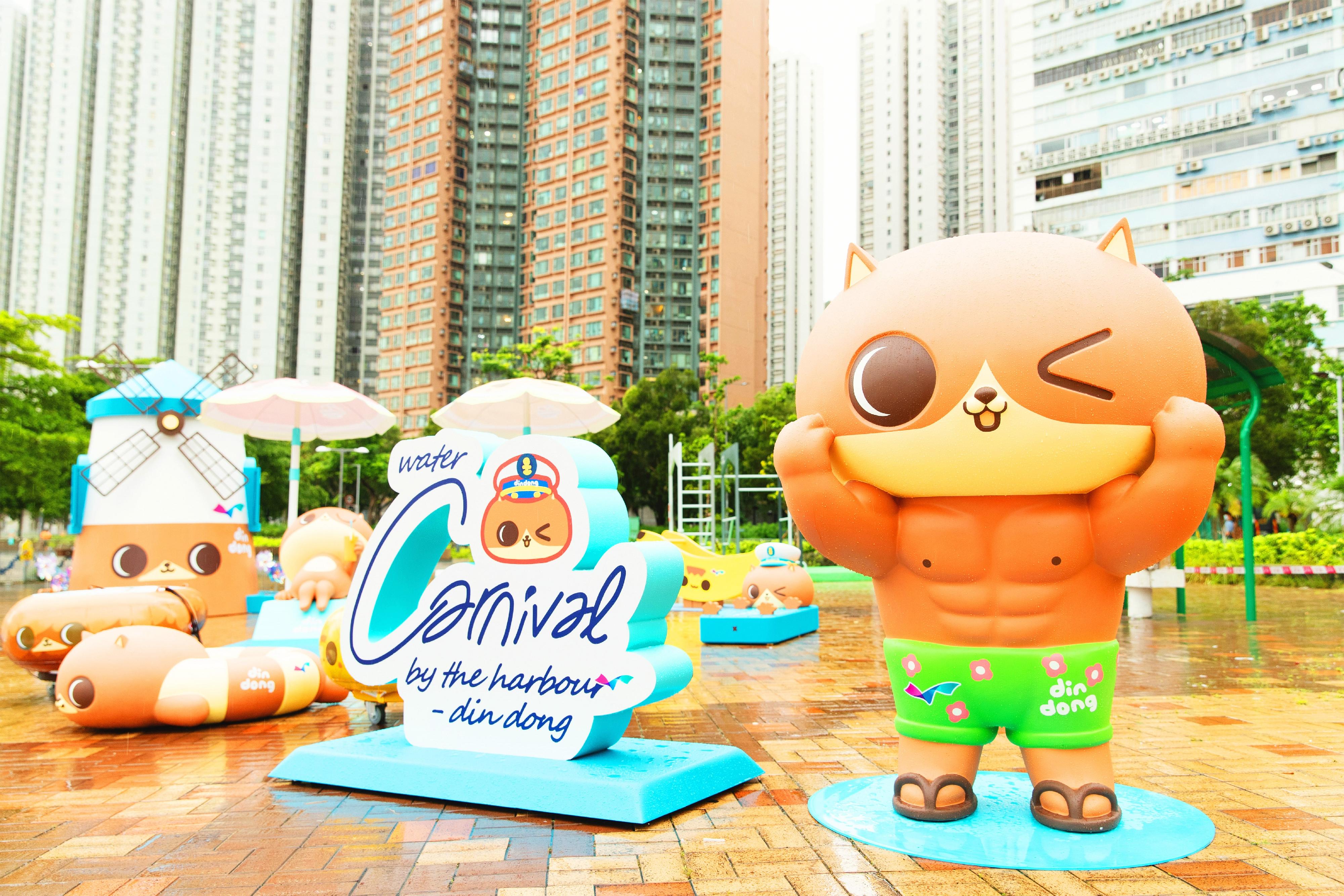