The Government today (July 16) gazetted a notice announcing that the Antiquities Authority (i.e. the Secretary for Development) has declared Bonham Road Government Primary School in Sai Ying Pun, the Old Tai Po Police Station in Tai Po and Hip Tin Temple in Sha Tau Kok as monuments under the Antiquities and Monuments Ordinance.

The Bonham Road Government Primary School premises were originally built between 1940 and 1941 to house the Northcote Training College, the first full-time teacher training college in Hong Kong, established in 1939. During the Japanese occupation period, the college was closed and the site was used as the headquarters of the Japanese Military Police.

The Northcote Training College was reopened in March 1946 and moved to its new campus on Sassoon Road in 1962. The Bonham Road campus was then used by United College of the Chinese University of Hong Kong until the College moved to Sha Tin in 1971. Following the renovation completed in 1973, the Bonham Road campus was returned to the then renamed Northcote College of Education and served as a sub-campus until its amalgamation into the Hong Kong Institute of Education and relocation to its new campus in Tai Po in October 1997. The Bonham Road campus has been home to Bonham Road Government Primary School since January 25, 2000. The main building has been serving educational purposes since it was completed in 1941 and is a rare surviving example of school premises that have served both primary and tertiary institutions.

The campus' main building is a three-storey concrete structure from the ground to roof levels with a basement floor underneath. It has an E-shaped plan, comprising a long centre portion and a wing on each end. The main building is a prominent example of Streamline Moderne buildings in Hong Kong, characterised by curves and horizontal lines and being functional with minimal ornamentation. In addition, the air-raid shelters in the main building, which bore witness to the Japanese invasion, are quite rare in the existing historic buildings in Hong Kong. The terrazzo finishes, timber doors and timber/steel-framed windows together with their ironmongery, cement tiles with terrazzo finishes, timber floorboards and the spiral staircase in the building are examples of historic building fabrics and materials, and are retained in very good condition.

The Old Tai Po Police Station comprises three single-storey Utilitarian buildings, namely the Main Building, the Staff Quarters Block and the Canteen Block. The spacious and flat lawn draws the three buildings together. The interiors of the buildings are simple and functional, befitting police operational requirements. The original architectural features have generally retained much of their original authentic appearance, such as the Dutch gables, ornamental window arches and window sills, a cast iron drainpipe with hopper head and the fireplaces. The external features, such as the guard house and the octagonal well near the entrance, the flagpole and the two cannon rests at the front yard of Main Building, and the brick incinerator in the lawn, remain in very good condition. Most of the architectural features are still visible in the site despite internal refurbishment, alterations and additions made for operational requirements over the past 120 years.

Hip Tin Temple in Sha Tau Kok was rebuilt between 1894 and 1895 to replace an earlier temple dedicated for the deity Kwan Tai, who was bestowed the title Hip Tin in the Ming dynasty. It is a temple of significant historical value to the economic development of the Sha Tau Kok area in the late 19th century, and is one of the few surviving main temples associated with the Tung Wo Market operated by the village alliance Shap Yeuk, which dominated the economy of the Sha Tau Kok area from the 1830s to the 1930s. The temple's rebuilding project was documented in details on the five stone plaques in the front hall, which also reflected the social network of the overseas Chinese community with the Sha Tau Kok area. Architecturally, the superbly crafted altar and fascia boards, the trefoil doorways of the front and rear halls, as well as the fine brick façade with a granite door frame and plaster dragonfish corbels all remain intact.

The temple has served as a place to deliver religious, communal and educational functions for the local community in the last century. In the early 20th century, it was used as the premises of a village school named Fuk Tak Study Hall to provide education for the children of Shan Tsui. It has been used as a school again since 1959 as the then newly established Shan Tsui Public School used part of the temple as the school office and classrooms. In 2015, the school reverted to the name of its pre-war predecessor at the temple and was renamed Fuk Tak Education Society Primary School. It no longer uses the temple for teaching purposes. Villagers of Shan Tsui still commemorate the Kwan Tai Festival on the 13th day of the fifth lunar month.

Information on the three monuments is available at the heritage conservation website of the Development Bureau (www.heritage.gov.hk) and the website of Antiquities and Monuments Office (www.amo.gov.hk). 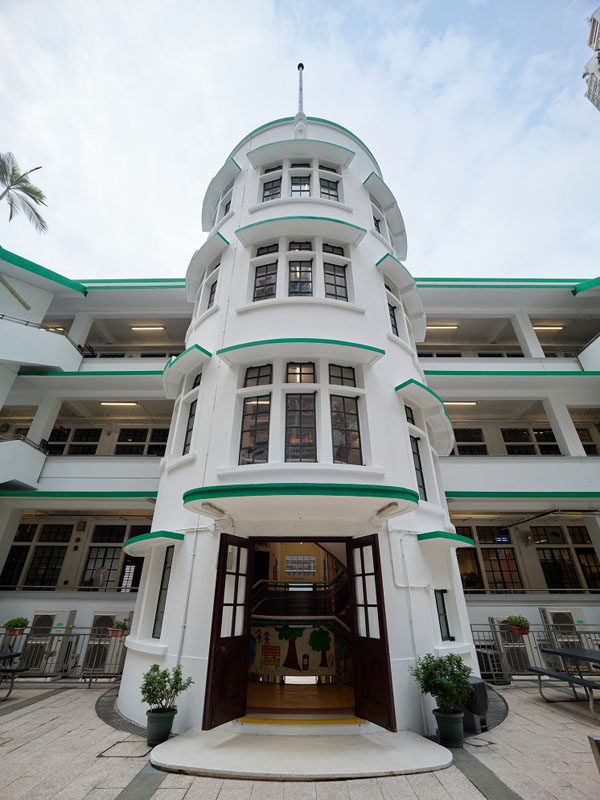 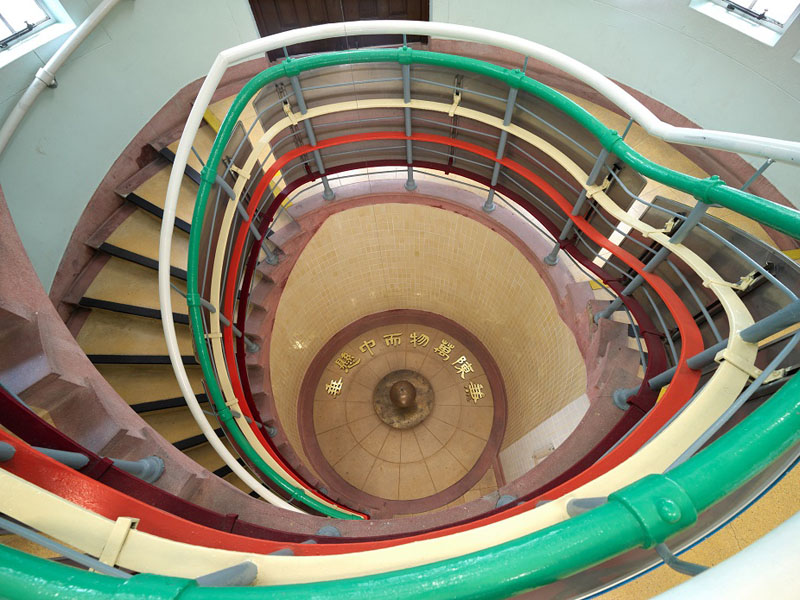 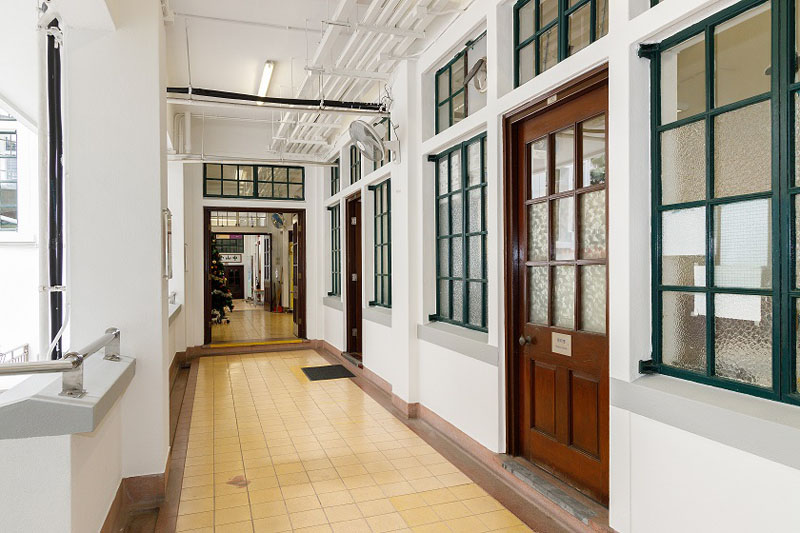 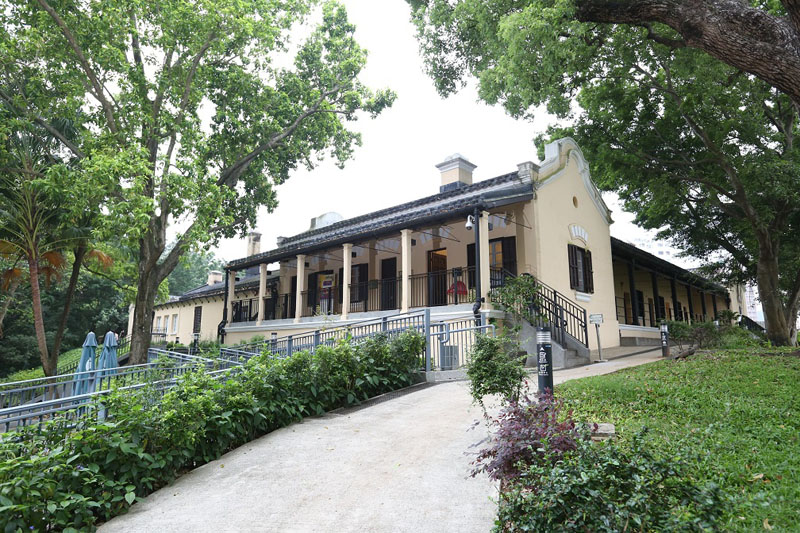 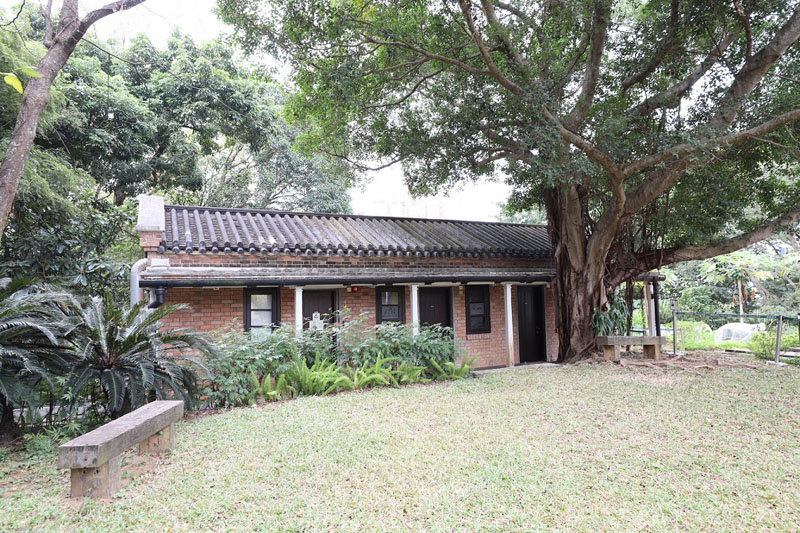 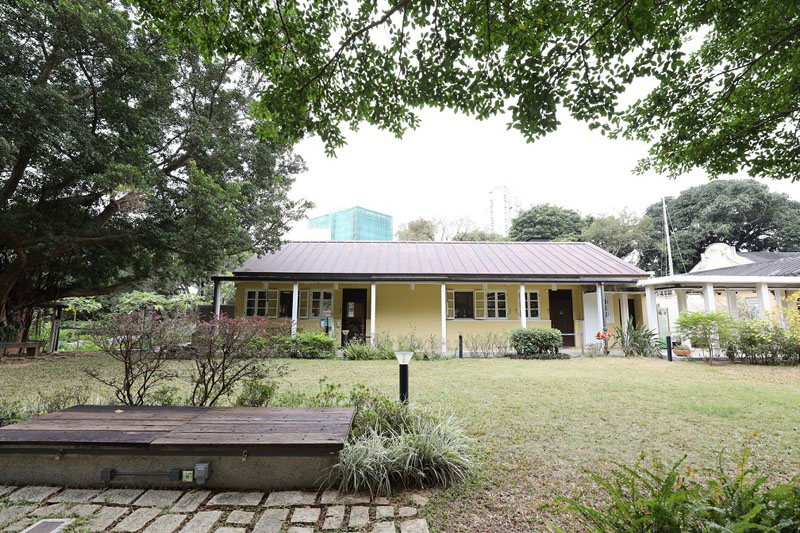 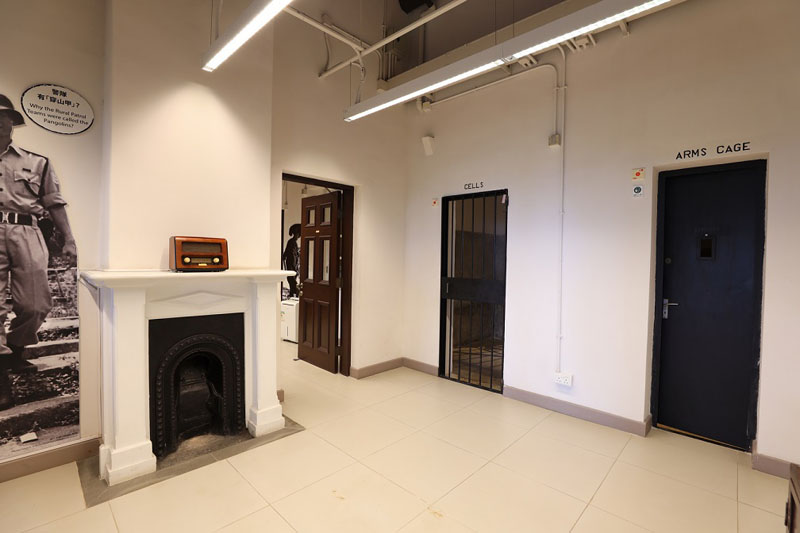 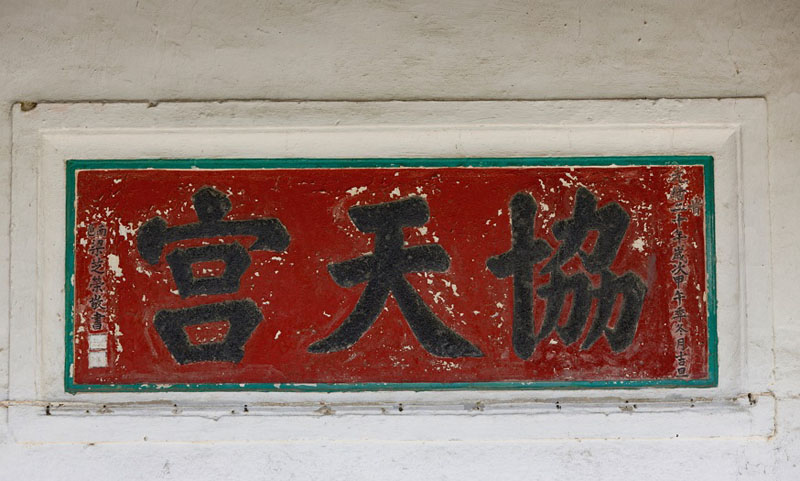