The three buildings in the former Central Government Offices (CGO) Complex are all post-war buildings built in three phases with the East Wing completed in 1954; the Main Wing and Legislative Council Chamber in 1956; and the West Wing in 1959. A new Annexe was added to Main Wing in 1989 after the relocation of the Legislative Council to the former Supreme Court Building in 1985. The West Wing at the Lower Albert Road level underwent a major transformation in 1998.

The CGO buildings are low-rise structures, situated in a well-wooded setting. They display the characteristics of the functionalist style of architecture, prevalent during the early to mid-20th century. The exteriors of the buildings have been altered over the years with additional storeys and changed finishes. The Main Wing is the best piece of architecture with special attention given to detail, while West Wing has the least significance.

Government House and other historical buildings in the vicinity have enhanced the historical and cultural significance of the site. 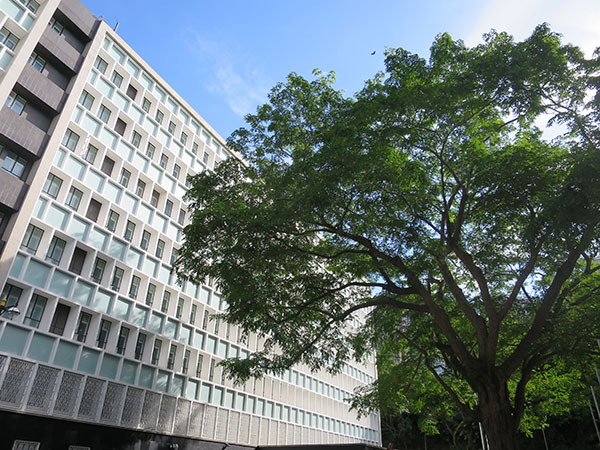 Upon relocation of its offices to the new Central Government Complex at Tamar by end-2011, the CGO buildings became vacant. Based on the recommendation of a heritage consultancy study completed in 2009, the Main Wing and East Wing are preserved for use by the Department of Justice (DoJ). Following completion of the necessary procedures and renovation works, the Main Wing and East Wing have, since August/September 2015, housed a large part of the DoJ. As for the West Wing, the Government decided to adopt a re-use plan in end-2012, to preserve and renew the building for accommodating the remaining DoJ offices in Admiralty, as well as some law-related organisations.